A beautiful archipelago, or string of over 7,100 islands, in southeastern Asia between the South China Sea and the Pacific Ocean; What am I?

What is the Philippines!

17 Fun Facts About the Philippines

1. With islands galore and a community-inspired culture, the Philippines is always a wonderful place to visit. These 10 fun facts about this archipelago will be sure to ‘Wow’ you!

2. Copper – Because of the volcanoes, the mineral deposits are extremely abundant. The Philippines are believed to have the second-largest gold deposit, following with the first largest copper deposit in the World.

3. Longest Snake – Already a second World record here; the Reticulated Python is the longest in the world, reaching up to 29 feet. The snake also doubles as the longest reptile. Luckily, as with all pythons, they are non-venomous.

4. Christianity Rules – The Philippines are the only nation in Asia that is over 85% Christian. The majority of that percentage being Roman Catholic. The second highest religious group is Muslim, with 5.7%.

5. Long Christmas – In the Philippines, Christmas begins in September and ends in January during the ‘Feast of the Three Kings’. The food and traditions are very similar to America. The countdown from September to January is known as the “Ber Months” and includes decorations and lots of parties.

6. New Animal Species – The Philippines have had 16 species discoveries in the past decade (300 total). That makes them the highest in the World. Some findings include the new sea slugs, sea stars, Patelomera, and countless new coral species.

7. Duck Egg Dish – Balut, also known as a boiled fertilized duck egg, is an interesting dish that is popular in the Philippines. The embryo is a common street food and is considered to be an aphrodisiac.

8. Large Pearls – In 1934, a Filipino diver discovered a 14-pound pearl in the Palawan Sea. The pearl is more than 9 inches long and known as the “Pearl of Allah”. It is rumored to be over 600 years old and worth over $40 million.

9. Karaoke Kings – Although a Japanese musician (Daisuke) invented the concept, it was Filipino Roberto del Rosario who patented the Karaoke Sing-A-Long system in 1975.

10. The Text Capital of the World – With a subculture known as ‘Generationtxt’, the Philippines have reached record levels of communicating via text. They use apps that do not require data or WiFi, which makes it much more affordable. When you mix that with their sense of community, it’s clear how they acquired this new-age moniker.

11. Bangka Boats – Bangka boats are outriggers that are also referred to as Banca or paraw. It is a double-outrigger with very narrow main hulls. There are many variations of the boat available and can be utilized an impressive amount of ways.

12. War and Peace Flag – The Philippines is the only country in the entire World that has two different flags for peace and wartime. When the country is at peace, the red portion will be at the bottom of the flag. The opposite indicates the country is at war.

13. Volcanoes and Earthquakes – With a total of 37 volcanoes in the Philippines, there are 22 active. Being located in the “Pacific Ring of Fire” there are roughly four earthquakes per day.

14. Nurse Supply – 25% of the World’s nurses come from the Philippines. There are so many in the States that they’ve formed their own National organization called the ‘Philippine Nurses Association of America’. The influx of Filipino nurses stems from a migration that occurred at the turn of the 20th century.

15. Chicken Adobo – This is hands down the national dish! A great tasting simple Ilocano cuisine that includes pepper, soy sauce, garlic, bay leaves, and vinegar. You can swap the chicken out for seafood, beef or pork. It is simply delightful.

16. Tinkling and Sigil – These are names of two of the Philippine traditional folk dances. These dances are unique and are being preserved by the Bayanihan Philippine National Folk-Dance Company. When performing during special occasions, Filipinos dress in national garb.

17. With a variety of cultures, foods, and ethnicities, the Philippines is a great destination to explore.

This just scratches the surface of what this charming South East Asian country has to share, if you are thinking about travel to the Philippines be sure you reach out to me and I would love to help get you there. 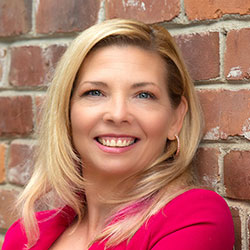